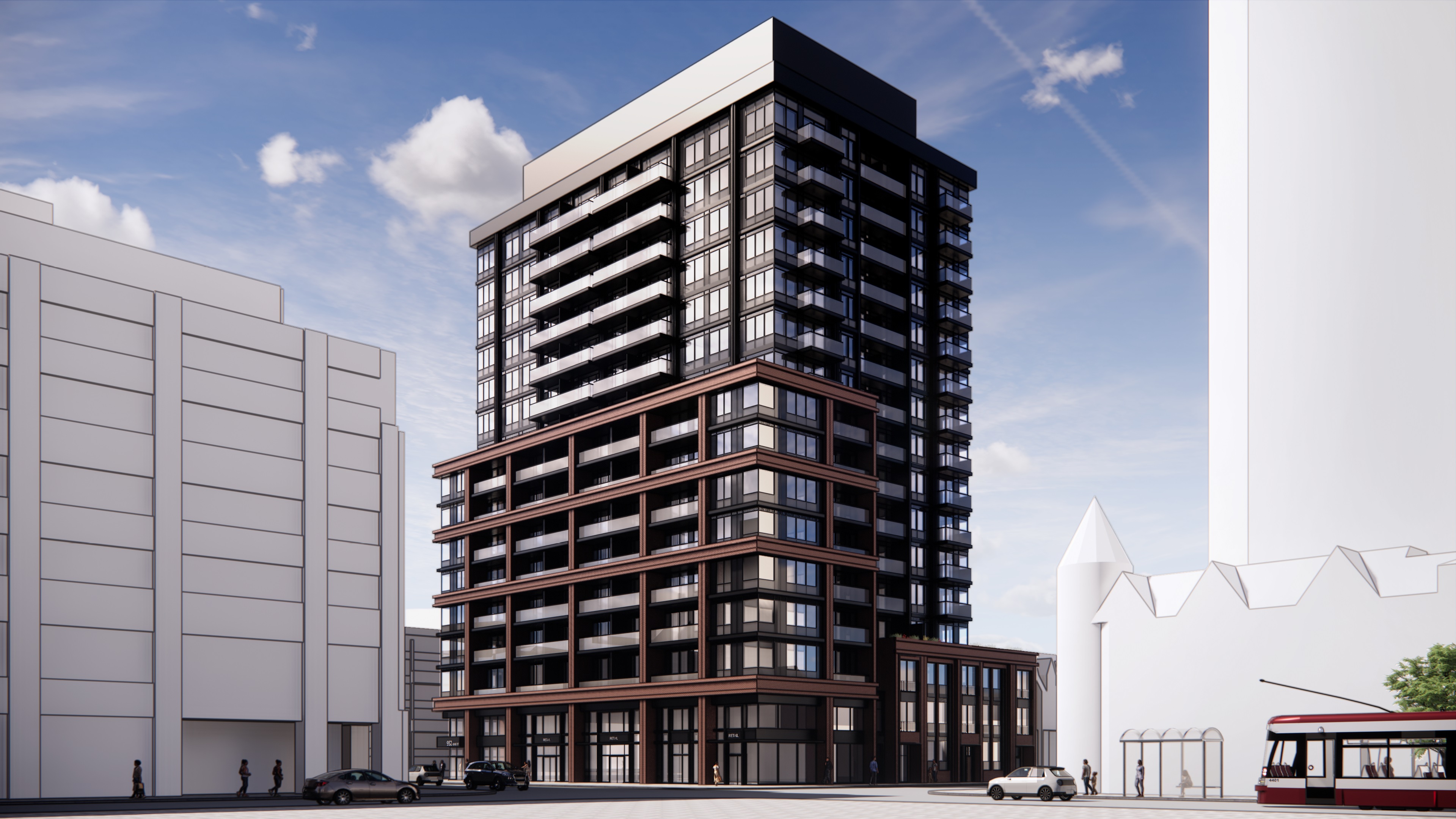 Nine Five Two was acquired by Intentional Capital in August 2022. The project is intended to be 16 storeys and 213 units. It is located directly across from the notable landmark, and other Intentional Capital project, the Palace Arms. Not only will the two projects complement one another but complement the area as a part of a larger effort to beautify King West.

The property sits on the edge of the well-known Niagara neighbourhood,  known as a walker's paradise. Nearby residents can easily walk to stores and restaurants to serve day-to-day needs, as well as being a short distance from many green spaces such as Massey Harris Park, Stanley Park and the iconic Trinity Bellwood's Park.

Our team is always happy to answer any questions.
Contact